Remember when your teacher would ask the entire class about what they wanted to be when they grew up? There were always a few kids who’d say that they wanted to become adventurous astronauts, charismatic rock stars, and legendary athletes. They were shooting for the stars! And though life happens and we have to let go of some of our ambitions, not everyone gives up on their dreams. Some of them turn theirs into reality.

Maybe you didn’t know it at the time, but the person sitting next to you in class and at the cafeteria was going to become wildly famous in the future. Maybe they were the kids of famous parents and it wasn’t a secret to anyone. Well, that’s exactly what internet users discussed in an insightful thread on r/AskReddit.

Redditors revealed who they or their relatives went to school with who’s famous now, and spilled the beans about what they were like back then. It’s amazing to learn how fun, kind, and down-to-earth many beloved celebrities were… though it’s not the case with everyone. Check out their stories below and let us know which ones resonated with you the most, Pandas!

We got in touch with entertainment, pop culture, and lifestyle expert Mike Sington for a chat about recognizing who will go far while they’re still in school. “Many people have talent, very, very few have star quality,” he told Bored Panda. We also asked Hollywood’s Ultimate Insider about the potential pitfalls that celebrities ought to be aware of, how to stay grounded, and how to behave at your next school reunion if your classmate is famous. You’ll find the full interview below. 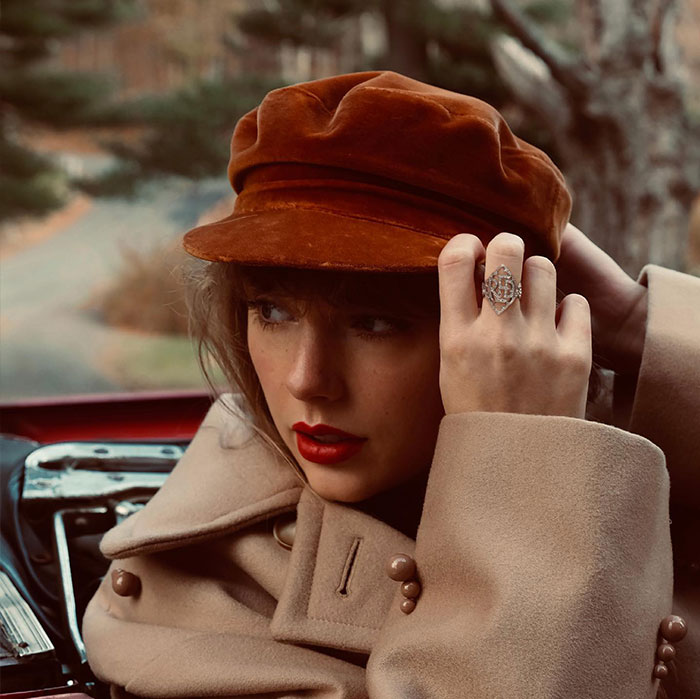 I went to high school with **Taylor Swift**. She was endearing and awkward. Extremely kind and modest. A group of us saw her perform on Good Morning America one morning before anyone knew she was a musician. Went she returned to school later in the week and we were like “WHAT THE F**K TAYLOR?? Who are you?”
Her bashful response, “Oh… umm… I really like to play guitar”. Few months later she performed “Our Song” at our annual talent show. There was a silence before the huge round of applause. It was the first time 90% of us ever heard her music.

(I was a senior her freshman year. We had gym together)

“It’s charisma that will usually tip you off as to who will make it big in the future. Who did everyone want to be around? Who had that undefinable X-factor? Those are the people most likely to be famous in the future,” celebrity expert Mike explained to Bored Panda what the signs of someone who will probably go far in life are.

“Having talent simply isn’t enough. The most talented people in school may go on to make a living with that talent, but it’s unlikely to catapult them to stardom. Many people have talent, very, very few have star quality.”

Hollywood’s Ultimate Insider noted that there are a few major pitfalls that celebrities need to be aware of. “First, be careful of who you surround yourself with. Are those people in your life there to help and support you? Or are they just latching on to your fame for the ride and excitement of it all? Even worse, are they there taking advantage of you?” he warned. 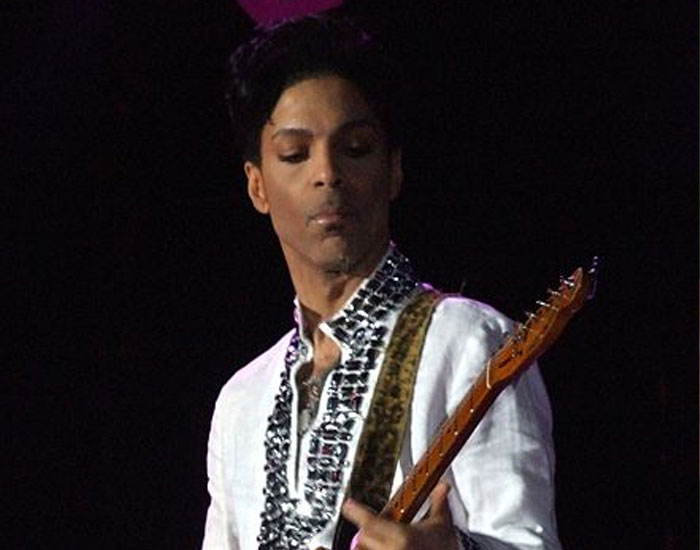 My dad went to the same high school as Prince. Apparently he was a very quiet kid, didn’t have many friends. 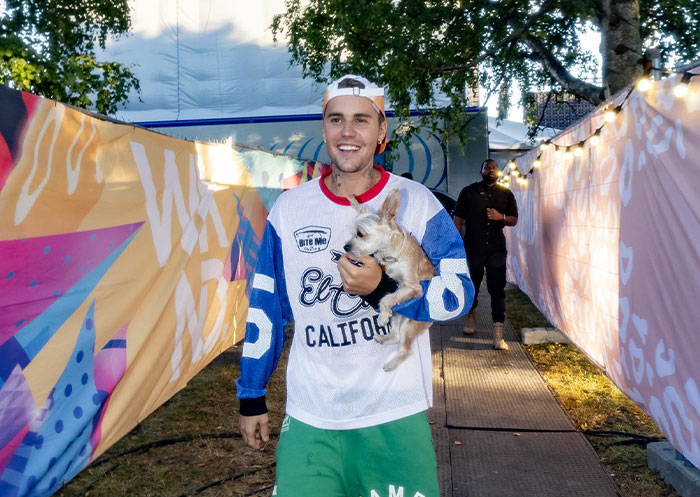 The sitter for my kids went to school
With Justin bieber. She said he’s a douchebag.

“Second, focus on the work, not the fame. If you’re constantly feeding the fame machine, the work will suffer, and you could find yourself in the middle of a downhill spiral. Third, never take fame for granted. Fame, can indeed, be fleeting. Approach fame with gratitude and respect. Never forget how powerful fame is and how it has thrust you into the public spotlight. Never let your guard down, even for a second. You can lose fame much faster than gain it.”

Meanwhile, rely on your friends and family to stay grounded. Especially if you’re becoming famous while still in school. Mike advises spending as much time as possible in the company of your loved ones. “Doing that will remind you, you are indeed still the same person.”

“When meeting celebrities who you knew when they were younger, don’t be starstruck. They’re looking for normalcy in their life, and you reflect that, so just be you. It would, of course, be difficult to pretend their fame didn’t exist, so acknowledge it by simply complimenting their work,” he said. And that’s something to keep in mind for your next school reunion! 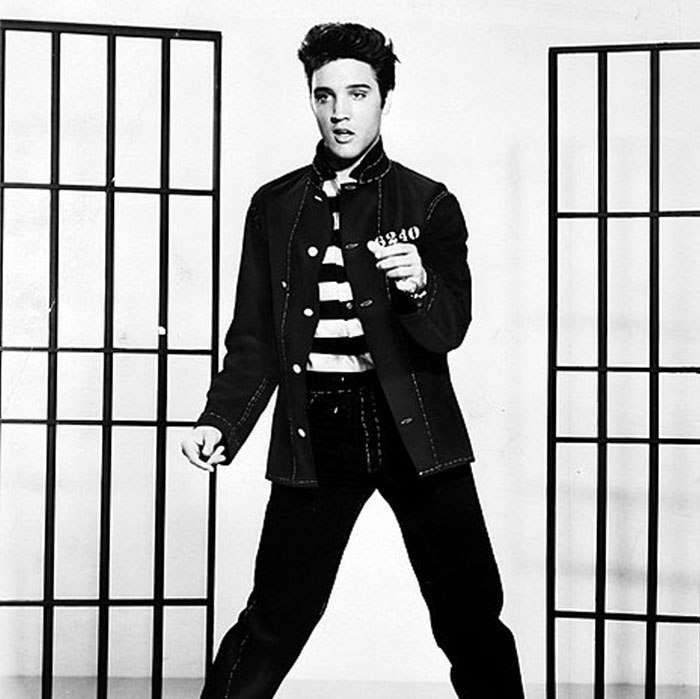 My Grandma went to school with Elvis. They had P.E. together. She said he was a real ladies’ man and he was a total sweetheart. 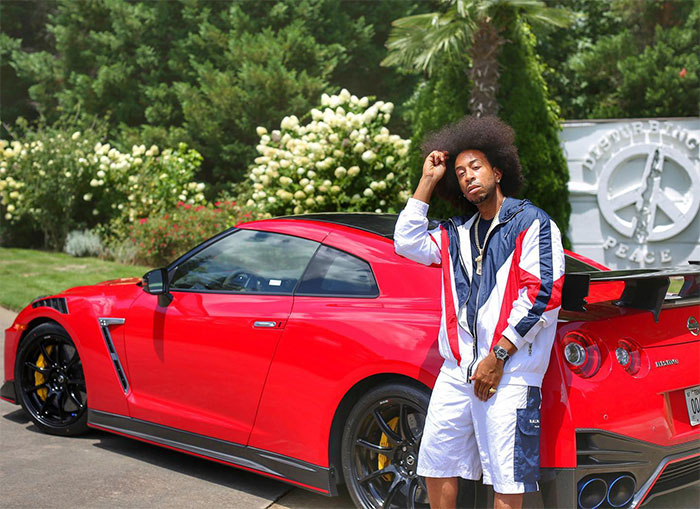 I went to highschool with Ludacris. Back then he was just Chris, and he was hilarious. 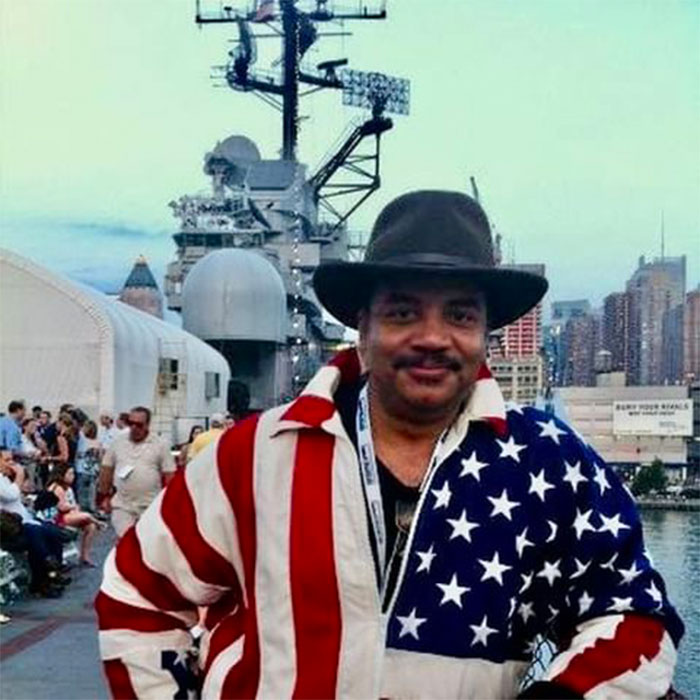 My dad went to high school with Neil deGrasse Tyson. They were buddies, but not extremely close. He described him as being “popular, athletic, and an all around good guy”. We even have a signed yearbook!

We were incredibly glad to read that so many well-known celebs used to be kind and decent kids while growing up. Unfortunately, some of them weren’t all that stellar. Stars are definitely just like ‘regular’ people in one regard—they’re far from perfect.

They had more or less the same flaws as their classmates, but these were probably later amplified by their fame. When you put any person under the microscope and subject them to attention 24/7, you notice a ton of things you probably otherwise wouldn’t. Suddenly, you start becoming hyper-aware of how outrageously funny/arrogant/charismatic/(un)likable they used to be… though you wouldn’t necessarily say the same things about your classmates who went on to have ‘ordinary’ careers.

One of the best things that teachers can do is treat all students equally. It’s human nature to have favorites, but educators ought to put in the effort to make sure that everyone, no matter their family or financial status, gets the attention they need.

My father went to high school with John Stamos. He says that Stamos was a huge nerd and performed magic tricks at lunch. That is all 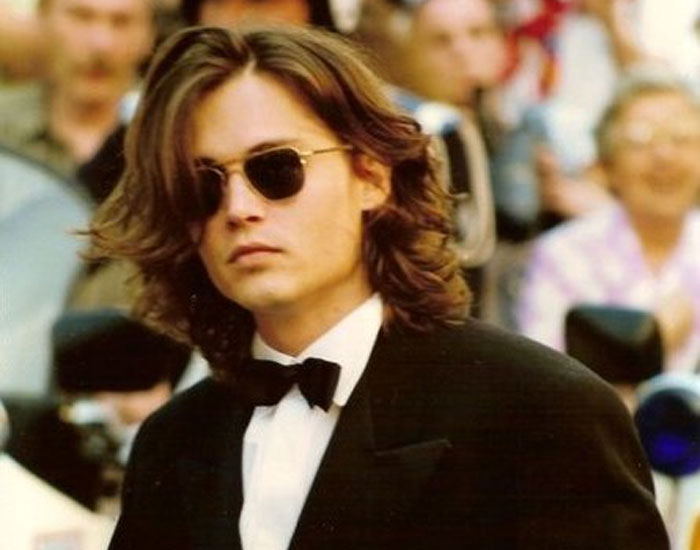 Well i didnt exactly, but Johnny Depp was 1 grade ahead of me and I talked to him occasionally, and i can tell ya, he was the same as he is now, the lead in everything, the class clown/wierdo and had almost barley any friends 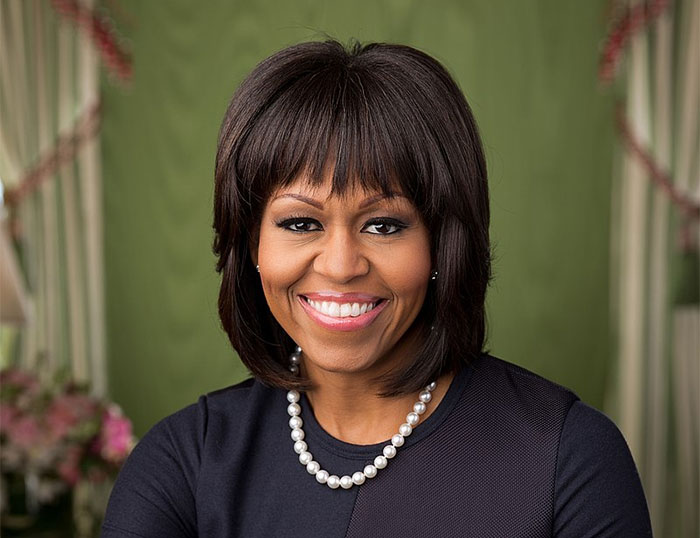 My Mom went to high school with Michelle Obama (formerly Michelle Robinson), and even has a yearbook with her signature in it. They were in the National Honor Society together, and had been pretty good acquaintances. It wasn’t until one day after Obama was elected, my Mom was watching the news, and jumped in recognition and ran to find her yearbook.

Previously, Bored Panda spoke about motivating students and having a good working relationship with them with Lisa McLendon, from the University of Kansas.

“Just this week I put a current student in touch with an alum who was looking for a summer intern—I knew the student and what the alum was looking for, and I thought they’d be a good match. By Thursday she had the internship!” the professor shared with us earlier.

“It’s always nice to see when your students flourish. I also encourage (and have gotten the university to fund) students to attend an annual professional conference, to see what professionals in the field are doing and start to build their network. Every year a few students go, and they’re always happy to have had such an experience,” 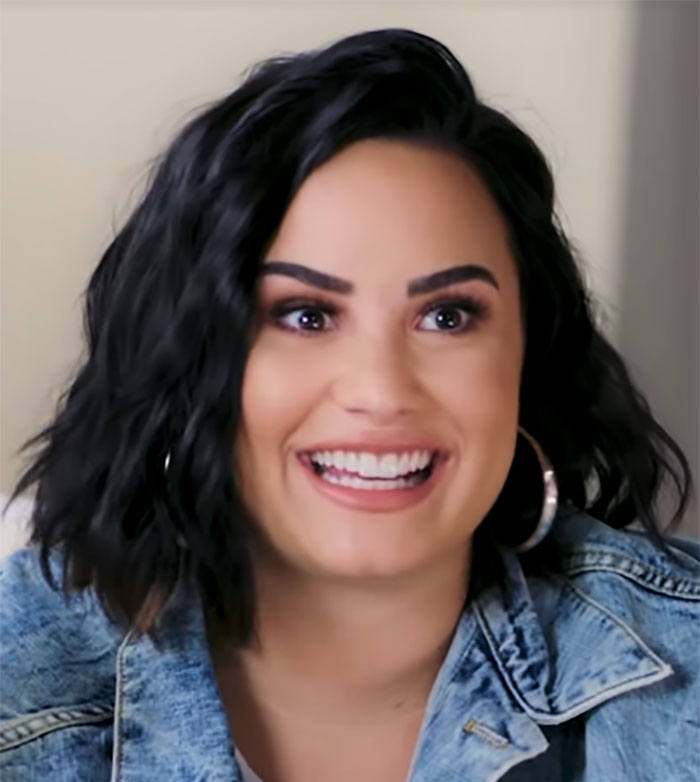 Demi Lovato. She was the grade below me in middle school, and then moved to Hollywood just before high school. She was a real b***h and a half. Definitely the biggest mean girl of her grade. I don’t really understand why she goes into interviews saying she was bullied so badly; it was her doing all the terrorizing.

Donald Trump, Jr. Went to the Hill School ’94-95 while he was there. He was a cocky and judgemental douche who ran with a posse of sycophants of his choosing and who also always paid his way…dude never seemed to pay his own way. He also bagged his share of girls from the all-girl schools who would get busses in for our dances…dude was well aware of the power of his family name.

The one negative encounter that comes to mind each time I see his smug face on TV is when that m**********r criticized my choice in hats. You see, I fancied myself a skatepunk in the early to late 90’s. I had decided to get a straw golf hat and safety pin it up all Australian-like on one side and festoon it with a band make from a cut up school tie…f**k the police. Anyways, he see’s me rollin’, he hatin’. He yells out, “Hey, that’s not a skater hat, f*g!”. Ridiculous reason for a grudge, sure…but f**k that guy anyway. 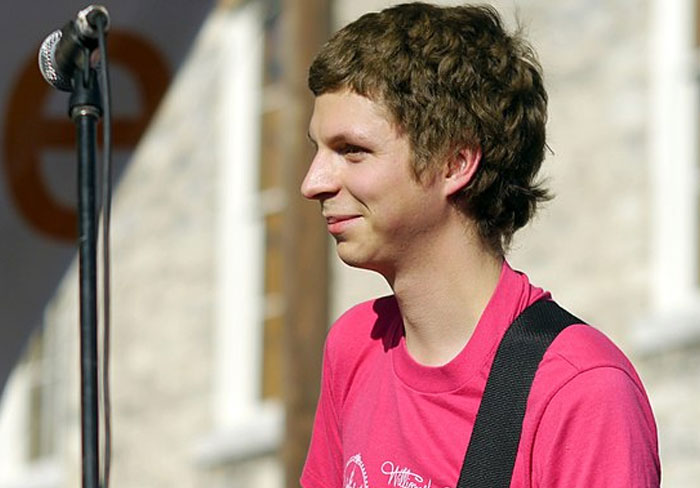 My boyfriend went to school with Michael Cera and was good friends with him until he moved away. He really is just as awkward and hilarious in real life and i have been told many funny stories about him.

Some students are genuinely grateful for all of the help their teachers gave them. For example, some send handwritten notes, saying how much they value what they learned. Small gestures like that can help educators stay motivated when things get tough. It’s a reminder that what they do really matters.

According to Professor McLendon, educators can help guide and inspire their students by showing the purpose of what they’re doing in class. 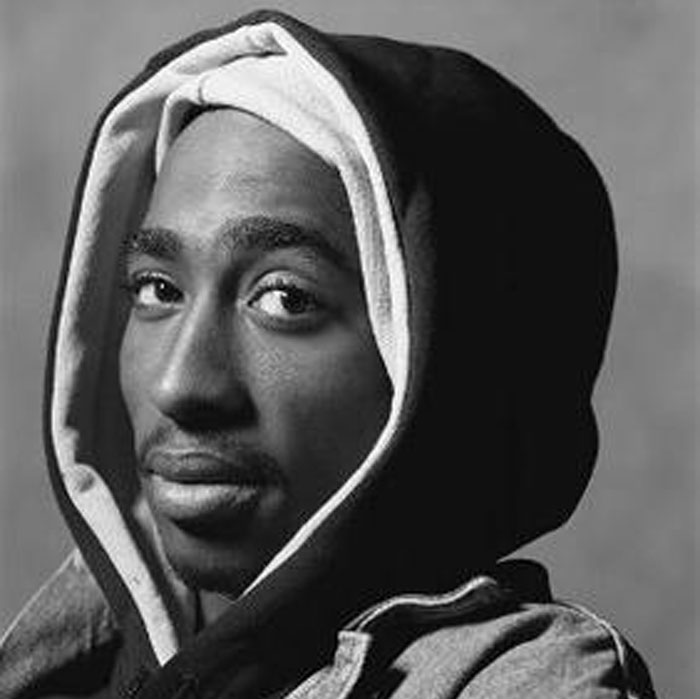 Tupac. I was in French class with him in either 10th or 11th grade. I was pretty s****y at French, and I don’t remember him paying too much attention to the subject either. Then again, I remember little of those days since it was over 20 years ago. I can vouch for his having been really funny though- he had the whole class totally losing it on more than one occasion.